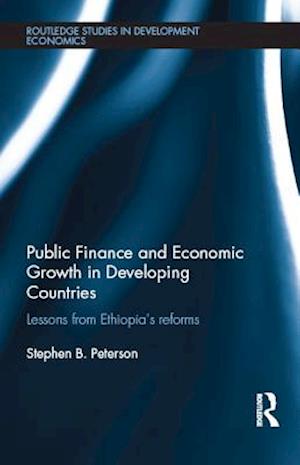 Public finance is crucial to a country's economic growth, yet successful reform of public finances has been rare. Ethiopia is an example of a country that undertook comprehensive reform of its core financial systems, independent of the IMF and the World Bank, and successfully transformed itself into one of the fastest-growing economies in Africa.With Ethiopia's twelve-year reform as its guiding case study, this book presents new analytical frameworks to help governments develop better financial reforms. It shows in detail how four core financial systems-budgeting, accounting, planning, and financial information systems-can be reformed. One of the principal findings presented is that governments must establish basic public financial administration before moving to more sophisticated public financial management. Other key findings include the identification of four strategies of reform (recognize, improve, change, and sustain), the centrality of ongoing learning to the process of reform, and the importance of government ownership of reform.This book will be of interest to researchers and policymakers concerned with public finance, developmental economics, and African studies.