Public and Private Pensions in Canada: An economic analysis 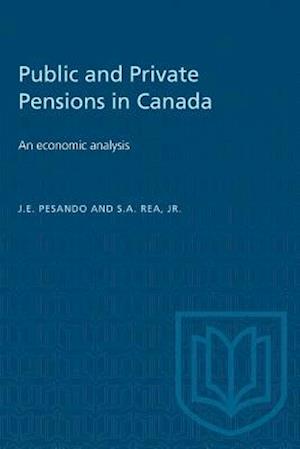 At current contribution rates, the investment fund of the Canadian Pension Plan will be exhausted before the end of the century. At an inflation rate of 8 per cent, the real value of today's private pension will be cut in half every ten years. The implications of these and related problems are explored in this study of public and private pensions in Canada.

The analysis of private pension plans examines the adequacy of vesting and 'locking in' provisions, together with the broader question of whether the private pension system as currently constituted can remain viable in an inflationary climate. The analysis of public programs focuses on the financing of public pension plans, the income redistribution effects of the Canada Pension Plan, and the incentive effects of public retirement programs. A computer model which simulates the life histories of a large sample of Canadians indicates that the CPP tends to transfer wealth to those with a relatively high life-time income.

This incisive analysis pinpoints the inadequacies of current provisions for retirement income and outlines the direction planning must take if the intentions of pension programs are to be fulfilled. The authors' conclusions have wide-ranging social implications which must be considered by anyone involved or interested in the making of public policy.