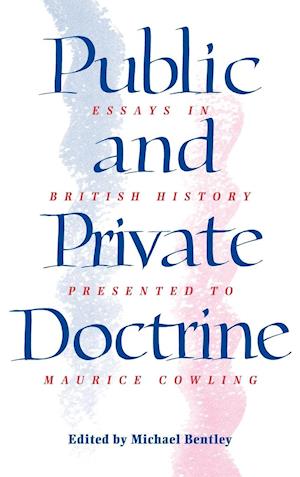 Maurice Cowling's first two books appeared in 1963, the year in which he also became a Fellow of Peterhouse, Cambridge. This volume brings together a group of pupils, admirers and critics who have contributed essays dealing with facets of what Cowling calls 'public doctrine' in modern British history, together with critical assessments of his writing and his role as a major Cambridge figure. This varied group of essays helps to situate Cowling's work in its wider environment which will aid those who are coming to it for the first time or who are trying to make sense of its complex filiations. Above all, it seeks to be as unsycophantic, rebarbative and diverting as its dedicatee, while offering something genuinely worthwhile to all readers interested in recent historical and current intellectual tendencies in England.