Psychotherapy in the Third Reich 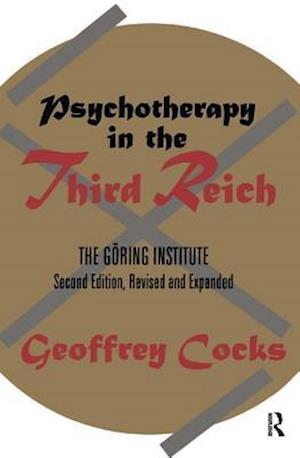 The idea for this book sprang from Geoffrey Cocks' curiosity as to what happened in the new, dynamic field of psychotherapy hi Germany with the advent of Hitler. While traditional views merely asserted that the Nazis destroyed the field of psychotherapy in Germany, a viewpoint justifiably based on the testimony of those in the field who had emigrated from Germany to escape Nazi persecution, Cocks learned that there was more to the story. He looked to several interesting shards of evidence that pointed to the possibility that one could reconstruct a history of morally questionable professional developments in German psychotherapy during the Third Reich.The evidence included: existence of a journal for psychotherapy published continuously from 1928 to 1944; accounts of a psychotherapist who assumed leadership of his colleagues and who was a relative of the powerful Nazi leader Hermann Goring; and a strong psychotherapeutic lobby in German medicine that was intellectually impoverished but apparently not destroyed by the expulsion of the prominent and predominantly Jewish psychoanalytic movement. Non-Jewish psychoanalysts and psychotherapists had in fact pursued their profession under the aegis of the so-called Goring Institute, with substantial support from agencies of the Nazi party, the Reich government, the military, and private business.Much research has been done in the ten years since the first edition of this book was published, hence the need for a second edition. Included is more information on the history of psychotherapy and psychoanalysis in Nazi Germany, on the social history of the Third Reich, and on the history of the professions in Germany. Three new chapters analyze postwar developments and conflicts as well as broader issues of continuity and discontinuity in the history of modern Germany and the West. In addition, the author has reorganized the volume along chronological and narrative lines for greater ease of reading. Psychotherapy in the Third Reich is an important work for psychotherapists, psychologists, psychoanalysts, sociologists, and historians.