- Up to the Sixth Year of Age 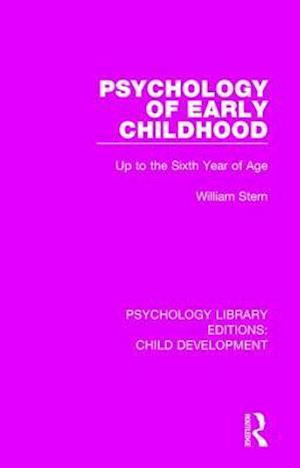 Originally published in 1924, this sixth edition published in 1930 is thoroughly revised and updated to take account of the important advances in the field of child psychology at the time. In this new edition the personal standpoint is emphasized, while at the same time other psychological theories such as mental psychology, form psychology, psychoanalysis and individual psychology have been exhaustively treated, criticized and discussed in contradistinction to the theory of personality. Much fuller treatment has been given to the experimental examination of young children for purposes of research and tests, since it is in this form of investigation that major advances had been made. Today it can be read and enjoyed in its historical context.