Psychoanalytic Perspectives on Women and Power in Contemporary Fiction

- Malice, the Victim and the Couple 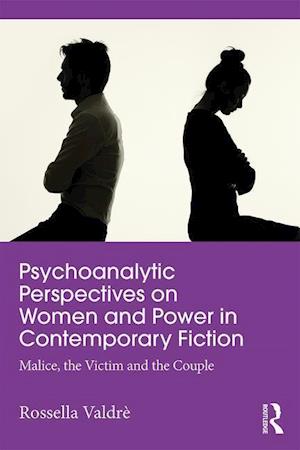 Psychoanalytic Perspectives on Women and Power in Contemporary Fiction psychoanalytically examines contemporary fiction portraying the female in a reversal of the stereotyped victim role. The recent popularity of powerful female characters suggests that literature is ahead in its understanding the desires, fantasies and unconscious emotions of the public. This book explores a form of intimacy frequently observed in consulting rooms and in life in general: malicious intimacy. Specific to the conjugal bond, it is a type of intimacy connected to the relationship between the two halves of the couple that is extremely powerful and painful. Instead of clinical cases, Rossella Valdre examines four contemporary and widely successful novels, published contemporaneously, which capture perfectly this type of psychopathological universe. Valdre then maps out psychoanalytic hypotheses regarding the persistency of these malicious intimacies. Through analysis of these examples, Valdre investigates the roots and hypotheses of a new scenario on victim-executioner roles played out in the intimacy of the couple. Exploring how and if the contemporary couple is undergoing profound changes, she provides an overview of the various deep-seated psychological mechanisms and unconscious dynamics that may be at work. The book explores the need to not be dependant upon a love object as an extreme defence against abandonment or self-collapse. Valdre argues that such a configuration is very common, and that Idealization in contemporary life is one of the reasons behind the most of sufferance in modern couples, something which psychoanalysis can examine through art. Women, perhaps, after emancipation, are living overturned roles and paying a higher cost as a result. Psychoanalytic Perspectives on Women and Power in Contemporary Fiction will appeal to psychoanalysts and psychoanalytic psychotherapists, and be of interest to scholars and students of literature, gender studies, philosophy and sociology.