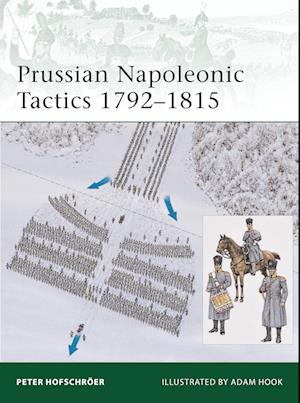 Written by an expert on the Prussian army of the Napoleonic era, this is a fascinating insight into the 18th-century evolution of the Prussian forces into the war-winning troops of the final battles against Napoleon. Using contemporary materials including drill regulations, instructions, staff and regimental histories and after-action reports, this book provides a compelling history of Prussian tactics from 1792 until 1815. It includes studies of the professional Prussian army during the Revolutionary Wars and the mass mobilization of a conscript army that fought during the Wars of Liberation and Waterloo. Following on from the success of Osprey's other Elite Tactics volumes, this is a must-have for serious students of Napoleonic warfare, armchair generals, and wargamers alike.