Proximity and Intraregional Aspects of Tourism 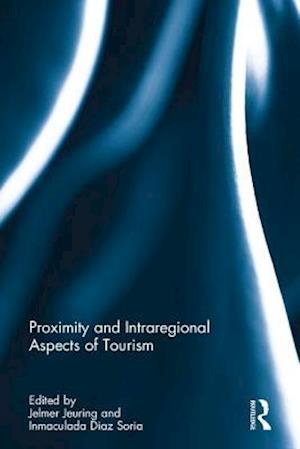 Tourism research often tends to overlook both the mundane of the exotic and the exotic of the everyday. However, when acknowledging that exoticism is not necessarily linked to geographical distance, it is similarly possible to attribute touristic otherness to and experience unfamiliarity in a geographically proximate environment. This entails a need to rethink the intertwining relationships of meanings of the exotic and the mundane, as well as the ways people make meaning of their everyday environment through processes of territorialization and identification in a tourism context. The articles collected in this book cover a range of examples of tourism practices in a context of geographical proximity where home and away, everyday life and tourism intersect. While the settings, methodologies and concepts vary considerably, each contribution is an attempt to rethink the hegemonic linear framing of tourism in dichotomies such as familiar and unfamiliar, nearby and far, host and guest, mundane and exotic. The examples, findings and conclusions of the various authors contribute to an understanding of tourism that is multiple and relative, to an open-minded and critical attitude towards the institutionalized anchors of our society - in which tourism takes such a prominent place that it has almost become ordinary. This book was originally published as a special issue of the Tourism Geographies journal.