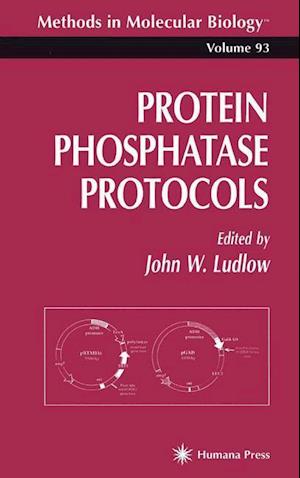 A major mechanism by which cells regulate protein function is to place phosphate groups on serine and threonine residues. Though the steady-state level of protein phosphorylation depends on the relative activities of both kinases and phosphatases, a much greater effort has previously gone into the study of the former that the latter . Today, however, there is an increasing appreciation for the role that protein phosphatases play in the dynamic p- cess of protein phosphorylation . To date, there are four major types of protein serine/threonine phosphatase catalytic subunits, designated protein phosphatase type 1, 2A, 2B, and 2C . Each has been identified by the techniques of protein chemistry and enzymology and can be distinguished from one another by their preference for specific substrates as well as their sensitivity to certain acti- tors and inhibitors . Protein Phosphatase Protocols has been assembled in response to the growing interest these enzymes are receiving . The goal of this compilation is to provide a "how-to" experimental guide to aid newcomers as well as s- soned veterans in their research endeavors, thus further contributing towards our ever increasing knowledge of serine/threonine phosphatases . What you have before you contains contributions by many of the current and emerging leaders in the field . To highlight just a few, these chapters c- tain step-by-step information on how to isolate novel phosphatases and re- latory subunits, assay for activity, and generate immunological reagents for both biochemical and biological characterization of these enzymes .