- The Case of Central and Eastern Europe 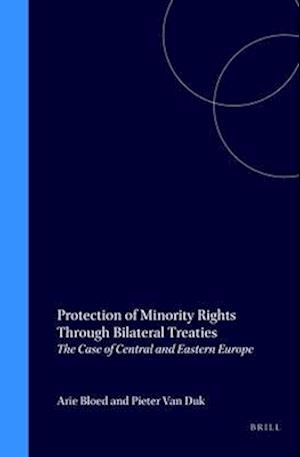 Since the end of the Cold War, mounting tensions related to national minorities have increased international efforts to contain and to solve these inter-ethnic disputes. While much has been written about the efforts of international organizations, such as the United Nations, the Council of Europe and the OSCE, in this respect, much less attention has been paid to the advances in minority issues made on a bilateral level. Many former socialist states have concluded bilateral treaties to improve their relations, and these treaties often include clauses relating to mutual national minorities. Against this background, and at the request of the High Commissioner on National Minorities, the Foundation on Interethnic Relations in The Hague convened two meetings of legal experts to discuss the relevance of bilateral treaties for the settlement of inter-ethnic disputes. These meetings form the basis of the current publication, which includes an analysis and a collection of case studies. The case studies center around Poland, Hungary and Russia and offer a comprehensive survey of the network of bilateral treaties and the role of minority rights within these instruments. The book also contains the English translation of the main parts of the relevant bilateral agreements that are ordinarily difficult to access for scientific research. This book will therefore serve as an important instrument for anyone involved in the study of inter-ethnic conflict and minority rights.