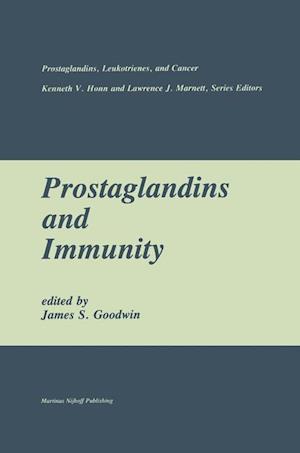 Prostaglandins, Leukotrienes, and Cancer is a multi-volume series that will focus on an emerging area of cancer research. In 1968, R.H. Williams first reported that elevated prostaglandin levels are present in human medullary car- cinoma. Since that time, the concept that arachidonic acid metabolites may be in- volved in cancer has expanded to include every aspect of the disease from cell transformation through metastasis. Prostaglandins and leukotrienes are generic terms used to describe a family of bioactive lipids produced from unsaturated fatty acids (principally from arachidonic acid) via the cyclooxygenase and lipoxygenase pathways, respec- tively. Cyclooxygenase products consist of diverse products such as prosta- glandin E2 (PGE2), prostacyclin (PGI2) and thromboxane A2 (TXA2), whereas lipoxygenase products consist of hydroperoxy fatty acids and mono-, di-and tri-hydroxy acids including leukotrienes. The precursor fatty acids for the cyclooxygenase and lipoxygenase pathways are present in cellular phospholipids. This finding established an important control point in their biosynthesis-the release of substrate.This occurs in response to numerous stimuli that act at the cell surface. Dr. Bengt Samuelsson's extensive study of the metabolism of pros- taglandins indicated that they are rapidly inactivated on a single pass through pulmonary circulation. Thus, they cannot act as circulating hormones and appear to be made on demand in or in the vicinity of target tissues leading to the concept that prostaglandins are local hormones or autocoids.