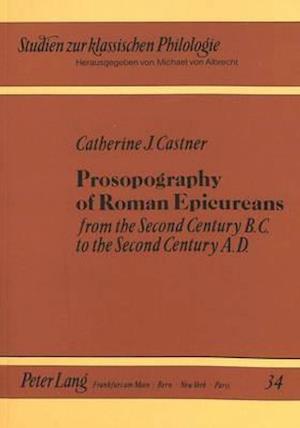 The prosopography treats Roman Epicureanism systematically, in a list of all individual named in ancient sources, and most of those identified by modern scholars, with citations of testimony followed by critical analysis of these sources and evaluation of their comparative reliability. The resulting synoptic view of Roman Epicureanism presents, more clearly than has been previously possible, its popular and literary adaptions of Epicurus' original ethical doctrines and its essentially ornamental role in its adherents' lives.