Property Threats and the Politics of Anti-Statism 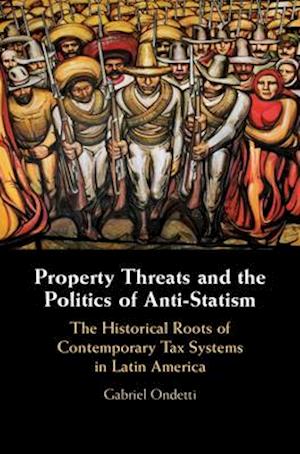 Tax revenues have risen robustly across Latin America in recent decades, casting doubt on the region's reputation for having states too poor to finance economic and social development. However, dramatic differences persist in the magnitude of national tax burdens and public sector size, even among seemingly similar countries. This book examines the historical roots of this variation. Through in-depth case studies of Argentina, Brazil, Chile, and Mexico, as well as evidence from Ecuador and Guatemala, Ondetti reveals the lasting impact of historical episodes of redistributive reform that threatened property rights. Ironically, where such episodes were most extensive, they hindered future taxation by prompting economic elites and social conservatives to mobilize politically against state intervention, forming peak business associations, rightist parties, and other formal and informal organizations that have proven to be remarkably enduring.