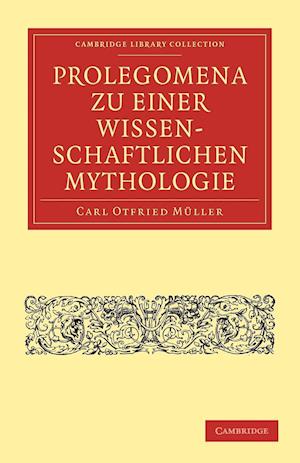 This pioneering work by the influential German classicist Karl Ottfried Muller (1797-1840) was one of the earliest scholarly books to address the question of the origins and meaning of the Greek myths. Published in Goettingen in 1825, it proposes a definition of 'myth' and goes on to suggest how possible sources for myths might be identified in historical events. Muller discusses how the age of particular myths might be established, either from the dates of such events, or from datable references to the myths in literary sources, and how the original substance of a myth might be distinguished from later accretions or modifications in poetry and prose. He also considers the interpretation of myths and their symbolic functions. Muller concludes with examples of how his method might be applied to particular cases, and a chapter comparing his proposals with those of other scholars.

Forfattere
Bibliotekernes beskrivelse This pioneering 1825 publication by the German classicist Karl Ottfried Muller (1797-1840) was one of the earliest scholarly books to investigate the origins and meaning of the Greek myths. Muller proposes methods for distinguishing the core components of myths from later reworkings, and suggests strategies for their interpretation. Worked examples or Exercises