Projections of Power in the Americas

indgår i serie Routledge Studies in the History of the Americas 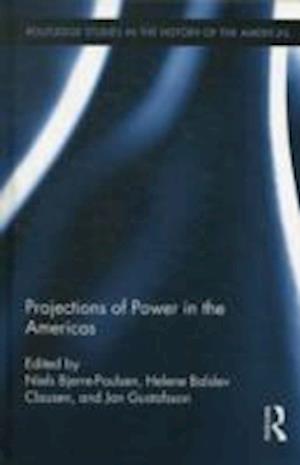 Two phenomena are of central interest in the nine contributions that make up this volume: one is the question of power and its multiple forms, and the other is that geographical, political and cultural multifaceted unity we call the 'the Americas'. The book is a multidisciplinary effort, written by scholars from the fields of history, political science, anthropology, sociology and cultural studies, who all share an interest in the ways in which power is projected in the Americas. Some contributors focus on the sources of power, while others are more concerned with how it is presented and legitimized by those who hold it. Likewise, some investigate the relations between government and citizens, while others look at more informal structures of power. Common to all contributions, however, is that they attempt to trace the forms that political and social power take in different American contexts - from the highest echelons of political power in Washington, D.C. to the local politics of a small village in Mexico. Common to all contributions is a nuanced exploration of the various manifestations of political and social power in the Americas.