indgår i serie Developments in Mathematics 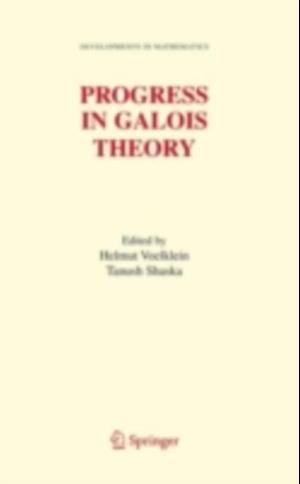 The legacy of Galois was the beginning of Galois theory as well as group theory. From this common origin, the development of group theory took its own course, which led to great advances in the latter half of the 20th cen- tury. It was John Thompson who shaped finite group theory like no-one else, leading the way towards a major milestone of 20th century mathematics, the classification of finite simple groups. After the classification was announced around 1980, it was again J. Thomp- son who led the way in exploring its implications for Galois theory. The first question is whether all simple groups occur as Galois groups over the rationals (and related fields), and secondly, how can this be used to show that all finite groups occur (the 'Inverse Problem of Galois Theory'). What are the implica- tions for the stmcture and representations of the absolute Galois group of the rationals (and other fields)? Various other applications to algebra and number theory have been found, most prominently, to the theory of algebraic curves (e.g., the Guralnick-Thompson Conjecture on the Galois theory of covers of the Riemann sphere).