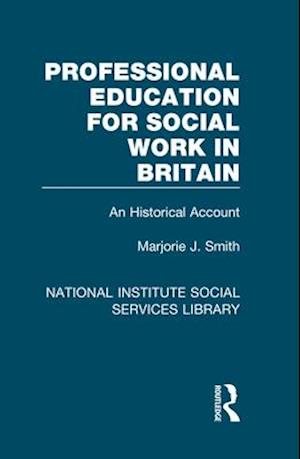 Originally published in 1965, Professor Marjorie Smith's classic little book traces the story of professional education for social workers in this country, which has been a pioneer and has influenced countries overseas.There were the various committees of the Charity Organization Society on training and social education and the contribution of such great figures as Lord Avebury, Alfred Marshall, Mrs Bosanquet, Sir Charles Loch and Professor Urwick. Professor Smith brings out the long-continued struggle to establish professional standards and genuine professional education through integrated training in both theory and practice. The book ends with some fascinating appendices, including an original paper by Alfred Marshall. It traces briefly but vividly the origin and gradual acceptance of the main principles on which social work and preparation for social work are now based. Originally published in pamphlet form in 1953.