Proceedings of the Boston Area Colloquium in Ancient Philosophy 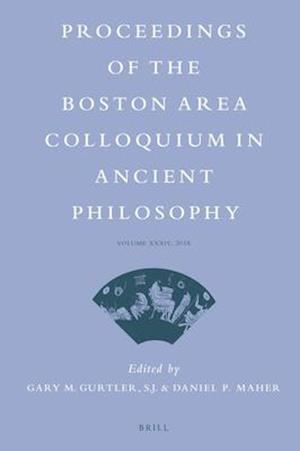 This volume, the thirty-fourth year of published proceedings, contains five papers and commentaries presented to the Boston Area Colloquium in Ancient Philosophy during academic year 2017-18. Paper topics include: the nature of unity in the Parmenides; the role of generation in understanding the priority of activity in Aristotle's Metaphysics; the relation of language and craft in Plato's critique of sophistry; the ambiguous place of pity for one's slave in the Epicurean sage's hedonistic egoism; using the distinction of praising and prizing as pointing toward the higher status of happiness to virtue in NE X.6-8. The commentators do their work in challenging some of these claims and supporting others. Contributors are Kelly Arenson, Daniel Gardner, David Horan, Colin King, Max Latona, D.C. Schindler, Mark Sentesy, Daniel Shartin, Susan Stark and Jan Szaif.