- Isaiah Berlin and Beyond 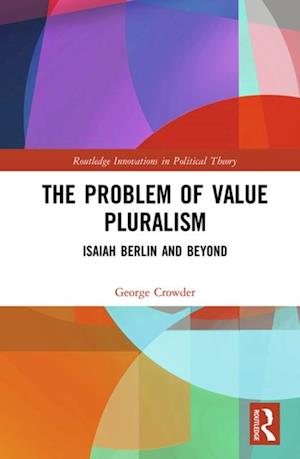 Value pluralism is the idea, most prominently endorsed by Isaiah Berlin, that fundamental human values are universal, plural, conflicting, and incommensurable with one another. Incommensurability is the key component of pluralism, undermining familiar monist philosophies such as utilitarianism. But if values are incommensurable, how do we decide between them when they conflict? George Crowder assesses a range of responses to this problem proposed by Berlin and developed by his successors. Three broad approaches are especially important: universalism, contextualism, and conceptualism. Crowder argues that the conceptual approach is the most fruitful, yielding norms of value diversity, personal autonomy, and inclusive democracy. Historical context must also be taken into account. Together these approaches indicate a liberal politics of redistribution, multiculturalism, and constitutionalism, and a public policy in which basic values are carefully balanced.The Problem of Value Pluralism: Isaiah Berlin and Beyond is a uniquely comprehensive survey of the political theory of value pluralism and also an original contribution by a leading voice in the pluralist literature. Scholars and researchers interested in the work of Berlin, liberalism, value pluralism, and related ideas will find this a stimulating and valuable source.