The Problem of Natural Law 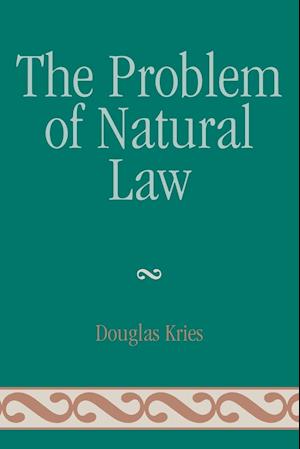 The Problem of Natural Law takes up the problem of how natural law theory might be made a serious contender in modern moral, political, and legal debate. Author Douglas Kries takes as his starting point the question of how human beings are said to know the natural law, which is a question that has traditionally been answered by appealing to the notion of 'conscience.' Since Thomas Aquinas articulated the classic formulation of natural law theory, the book begins with an analysis of Thomas's notion of conscience. It then examines both the philosophical and theological objections that have been raised against the Thomistic notion of conscience and argues that this long-standing teaching could and should be bracketed by contemporary natural law theory. On the basis of this reformulation of natural law, Kries then proceeds to show how reviving natural law theory might be possible in the contemporary context, though it will need to be preceded by a reformulation of the natural law theory itself, especially with respect to the doctrine of conscience. If this is accomplished, Thomistic natural law will be better situated to respond to its three most important contemporary critics: the existentialism of Sartre, the deontologism of Kant, and the political hedonism of Hobbes.