Privatisation in the European Union 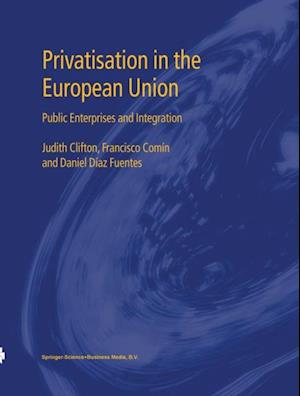 At the end of the 1970s, the prospect of privatising public enterprises which operated in sectors such as water, telecommunications, railways or air transportation seemed a thoroughly unappealing one in political terms. Not even the future privatisation `champion', the British Conservative Party, envisaged this kind of reform when it came to power in 1979. Only two decades later, however, privatisation had become a global fashion. The EU region has been at the forefront of these developments. What are the factors that explain this shift? Judith Clifton, Francisco Comin and Daniel Diaz Fuentes in Privatisation in the European Union reject the two dominant explanations provided in literature, which include a simple 'Americanisation' of policy and a 'varied' privatisation experience without a common driving force. Using a systematic comparative analysis of privatisation experiences in each country from the 1980s to the beginning of the twenty first century, the authors show how the process of European integration and the need for internationally competitive industries have constituted key driving forces in the quest for privatisation across the EU. As privatisation slows down at the turn of the millennium, what future can citizens expect for public enterprises? Privatisation in the European Union is essential reading for researchers, students and policy-makers interested in privatisation, EU policy and the history of public enterprises.