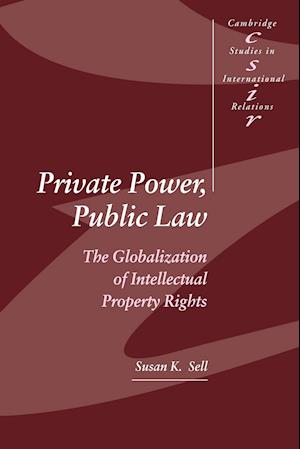 Susan K. Sell's book shows how power in international politics is increasingly exercised by private interests rather than governments. In 1994 the WTO adopted the Agreement on Trade-Related Aspects of Intellectual Property Rights (TRIPS), which dictated to states how they should regulate the protection of intellectual property. This book argues that TRIPS resulted from lobbying by twelve powerful CEOs of multinational corporations who wished to mould international law to protect their markets. This book examines the politics leading up to TRIPS, the first seven years of its implementation, and the political backlash against TRIPS in the face of the HIV/AIDS crisis. Focusing on global capitalism, ideas, and economic coercion, this work explains the politics behind TRIPS and the controversies created in its wake. It is a fascinating study of the influence of private interests in government decision-making, and in the shaping of the global economy.