indgår i serie Cambridge Studies in Philosophy and Public Policy 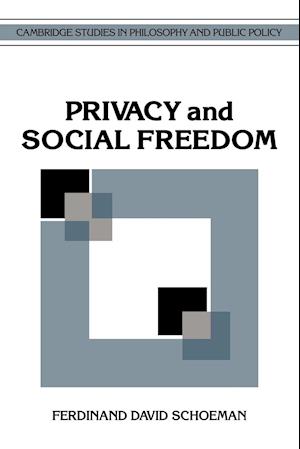 This book attacks the assumption found in moral philosophy that social control as such is an intellectually and morally destructive force. It replaces this view with a richer and deeper perspective on the nature of social character aimed at showing how social freedom cannot mean immunity from social pressure. The author demonstrates how our competence as rational and social agents depends on a constructive adaptation of social control mechanisms. Our facility at achieving our goals is enhanced, rather than undermined, by social control. The author then articulates sources, contracts, and degrees of legitimate social control in different social and historical settings. Drawing on a wide range of material in moral and political philosophy, law, cognitive and social psychology, anthropology and literature, Professor Schoeman shows how the aim of moral philosophy ought to be to understand our social character, not to establish fortifications against it in the name of rationality and autonomy.