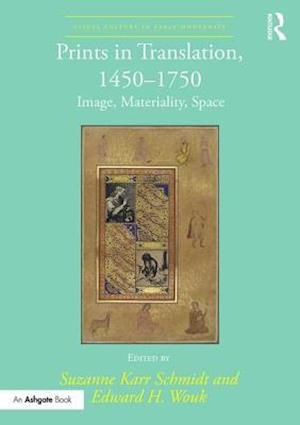 Printed artworks were often ephemeral, but in the early modern period, exchanges between print and other media were common, setting off chain reactions of images and objects that endured. Paintings, sculpture, decorative arts, musical or scientific instruments, and armor exerted their own influence on prints, while prints provided artists with paper veneers, templates, and sources of adaptable images. This interdisciplinary collection unites scholars from different fields of art history who elucidate the agency of prints on more traditionally valued media, and vice-versa. Contributors explore how, after translations across traditional geographic, temporal, and material boundaries, original 'meanings' may be lost, reconfigured, or subverted in surprising ways, whether a Netherlandish motif graces a cabinet in Italy or the print itself, colored or copied, is integrated into the calligraphic scheme of a Persian royal album. These intertwined relationships yield unexpected yet surprisingly prevalent modes of perception. Andrea Mantegna's 1470/1500 Battle of the Sea Gods, an engraving that emulates the properties of sculpted relief, was in fact reborn as relief sculpture, and fabrics based on print designs were reapplied to prints, returning color and tactility to the very objects from which the derived. Together, the essays in this volume witness a methodological shift in the study of print, from examining the printed image as an index of an absent invention in another medium - a painting, sculpture, or drawing - to considering its role as a generative, active agent driving modes of invention and perception far beyond the locus of its production.