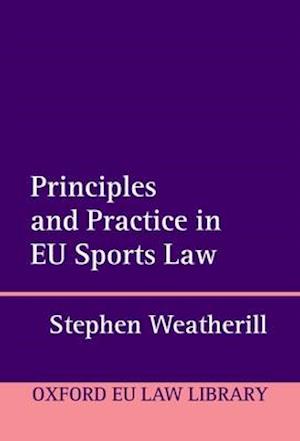 One of the most remarkable features of the post-Cold War period has been the upsurge of international involvement in questions of ethnic diversity. From the United Nations and the European Court of Human Rights to diverse international philanthropic and advocacy organizations, a wide range of international actors have adopted policies and principles for addressing questions of ethnic rights, identity, and conflict. International Approaches to Governing Ethnic Diversity explores whether and how these international actors contribute to the peaceful and democratic governance of ethnic diversity. It focuses on two broad areas of international work: the evolution of international legal norms regarding the rights of minorities and indigenous peoples, and international approaches to conflict and post-conflict development. The book charts new territory by mapping the range of international actors whoaffect the governance of ethnic diversity, and exploring their often contradictory roles and impacts. Most international actors come to questions of ethnic diversity indirectly and reluctantly, on the basis of widely varying mandates many of which were established to fulfill other objectives.They naturallytherefore have different priorities and perspectives. And yet, the book identifies a striking convergence amongst international actors around discourses of diversity and equality, demonstrating the existence of an epistemic community where actors work within common vocabularies, discourses and principles that attempt to link human rights, pluralism, development and peace.Principles and Practice in EU Sports Law provides an overview of EU sports law. In particular it assesses sporting bodies' claims for legal autonomy from the 'ordinary law' of states and international organizations. Sporting bodies insist on using their expertise to create a set of globally applicable rules which should not be deviated from irrespective of the territory on which they are applied. The application of the lex sportiva, which refers to theconventions that define a sport's operation, is analysed, as well as how this is used in claims for sporting autonomy. The lex sportiva may generate conflicts with a state or international institution such as the European Union, and the motives behind sporting bodies' claims in favour of the lex sportiva'sautonomy may be motivated by concern to uphold its integrity or to preserve commercial gain.Stephen Weatherill's text underlines the tense relationship between lex sportiva and national and regional jurisdictions which is exemplified with specific focus on the EU. The development of EU sports law and its controversies are detailed, reinforced by the example of relevant legal principles in the context of the practice of sports law. The intellectual heart of the text endeavours to make a normative assessment of the strength of claims in favour of sporting autonomy, and the variationbetween different jurisdictions and sports is evident. Furthermore the enduring dilemma facing sports lawyers running throughout the text is whether sport should be regarded as special, and in turn how (far) its special character should be granted legal recognition.

Forfattere
Bibliotekernes beskrivelse This book charts new territory by mapping the range of international actors who affect the governance of ethnic diversity and exploring their often contradictory roles and impacts.Principles and Practice in EU Sports Law provides an overview of EU Sports Law. It details the development of EU sports law over time and applies this example to the discussion of the tension between sporting bodies and states and international organizations.