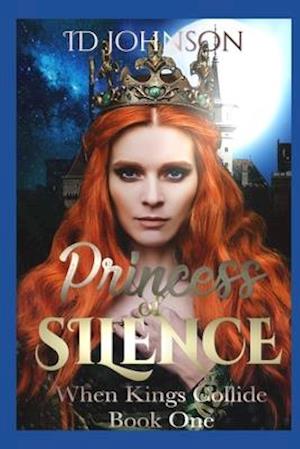 A silent princess, a captive king, four realms at war....

Princess Katherine knows her hand has been given to sinister King Philip, but when she learns he's taken the ruler of a neighboring kingdom captive, she's compelled to discover King Matthew's location and set him free before it's too late.

However, with Matthew's brother King Caleb closing in on Philip's borders, Philip threatens to end Matthew. Katherine is running out of time. Saving Matthew without being able to speak proves complicated, especially when another woman assumes Katherine's identity, and the princess finds herself in chains.

At risk of losing everything, Katherine must overcome the traumas of her past and find her voice in order to free Matthew, prove she is the rightful princess, and ensure Philip pays for his ruthless acts.

Is it possible that one of these kings may win her heart along the way?

Princess of Silence is a fast-paced romance set in an alternative medieval world where kings collide and women use their wits to prove they are more than pawns to be bartered with. Previously published as Deck of Cards, Princess of Silence has been rewritten and polished to create an epic historical romance that will stay with readers long after the final page.