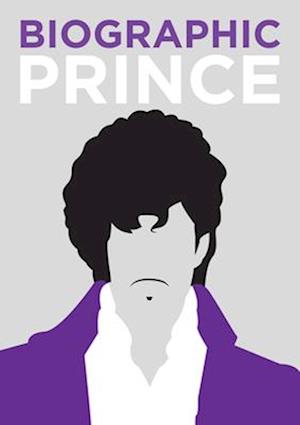 Most people know that Prince (1958--2016) was an iconic singer-songwriter whose creative brilliance transformed music for more than four decades. What, perhaps, they don't know is that his real name actually was Prince; that he once simultaneously held the number one spots in the US for film, single, and album; that he has a back catalogue of more than 600 songs, many of which he wrote for other people, including Madonna and Alicia Keys; and that he performed at the wedding of Star Wars director George Lucas. Biographic Prince presents an instant impression of his life, work and legacy, with an array of irresistible facts and figures converted into infographics to reveal the musician behind the music.

Forfattere
Bibliotekernes beskrivelse A guide to Prince's life, work and legacy, featuring facts and figures converted into infographics to reveal the musician behind the music. Full-colour illustrations