- Comparative Studies of the Prosimians, Monkeys, Apes, and Humans 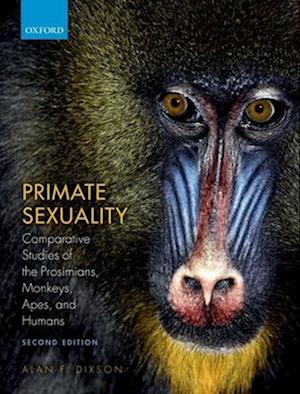 Engaging Reason offers a penetrating examination of a set of fundamental questions about human thought and action. In these tightly argued and interconnected essays Joseph Raz examines the nature of normativity, reason, and the will; the justification of reason; and the objectivity of value. He argues for the centrality, but also demonstrates the limits, of reason in action and belief. He suggests that our life is most truly our own when our variousemotions, hopes, desires, intentions, and actions are guided by reason. He explores the universality of value and of principles of reason on one side, and on the other side their dependence on social practices, and their susceptibility to change and improvement. He concludes with an illuminating explanation ofself-interest and its relation to impersonal values in general and to morality in particular.Joseph Raz has been since the 1970s a prominent, original, and widely admired contributor to the study of norms, values, and reasons, not just in philosophy but in political and legal theory. This volume displays the power and unity of his thought on these subjects, and will be essential reading for all who work on them.The canon of French literature has been the subject of much debate and now increasingly francophone literatures are demanding more attention in student French literature courses. The first study in English of francophone literatures, this book introduces the diverse bodies of texts in French from the numerous French-speaking areas around the world, with separate sections covering Africa, French Canada, the Creole Islands, and Europe, and will provide students at bothundergraduate and 'A' level with a comprehensive introductory survey of the subject. Francophone literatures emerge from rich bi- and multi-lingual cultures in part as colonial legacies. They also challenge the monopoly of the French literary tradition. This introductory survey celebrates thelinguistic difference of such texts and the creative possibilities offered by deviance from an established tradition, demanding new critical approaches. The texts studied here cast a new light upon French literature in terms of their diverse perspectives upon writing, history, politics, and culture, their violent rewritings, subversive versions and parodies sometimes forming an elaborate pastiche of celebrated French texts. Guides to further reading, a select bibliography, and an extensiveindex combine to make the book an extremely readable introductory overview of a hitherto little explored area.Primate Sexuality provides an authoritative and comprehensive synthesis of current research on the evolution and physiological control of sexual behaviour in the primates - prosimians, monkeys, apes, and human beings. This new edition has been fully updated and greatly expanded throughout to incorporate a decade of new research findings. It maintains the depth and scientific rigour of the first edition, and includes a new chapter on human sexuality, writtenfrom a comparative perspective. It contains 2600 references, almost 400 figures and photographs, and 73 tables.

Forfattere
Bibliotekernes beskrivelse Joseph Raz presents a penetrating exploration of the interdependence of value, reason, and the will. These essays illuminate a wide range of questions concerning fundamental aspects of human thought and action. Engaging Reason is a summation of many years of original, compelling, and influential work by a major contemporary philosopher.The canon of French literature has undergone substantial transformation in recent years and francophone literature is now an increasingly important element in Fre Over 400 illustrations plus a 4 page colour plate section