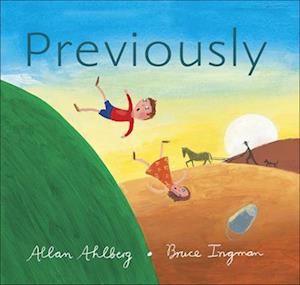 The team behind THE RUNAWAY DINNER reverses direction in this clever pastiche of fairy tales in which everyone lives happily ever . . . before.

"Jack was running like mad in the dark woods with a hen under his arm.

Previously, he had stolen the hen and climbed down a beanstalk."

But do you know what was Jack doing before he climbed down the beanstalk?

Or what Jack and Jill were arguing about before they went up the hill? And what happened before that? Every story, every person, and every thing started somewhere, and now the inventive and whimsical Allan Ahlberg explores what all your favorite storybook characters were up to previously, aided by Bruce Ingman's energetic illustrations. "From the Hardcover edition."