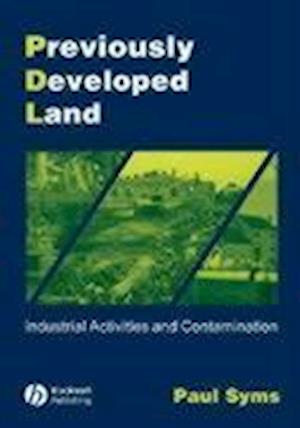 The redevelopment of former industrial sites, so--called a brownfielda sites, is becoming increasingly important as space is required for inner city commercial developments and as housebuilders are forced by government policy to recycle land rather than using a greenfielda sites. This guide, originally issued in 1999 by the Incorporated Society of Valuers and Auctioneers under the title reference Desk Reference Guide to Potentially Contaminative Land Uses identifies those industrial land uses most likely to be encountered by valuers and developers, gives guidance on the type of contamination likely to be present and gives general advice on what actions need to be taken. It is aimed at non--specialist professionals advising landowners on the possible sale of their land and buildings, their potential redevelopment or possible environmental liabilities, and covers some 40 types of industrial land likely to lead to contamination.

Forfattere
Bibliotekernes beskrivelse Bringing contaminated and derelict land back into re--use, in preference to building on greenfield sites, is an important part of government policies for new developments. However, for this to be successful it requires a good understanding of the subject of decontamination and all aspects of the land conversion process.