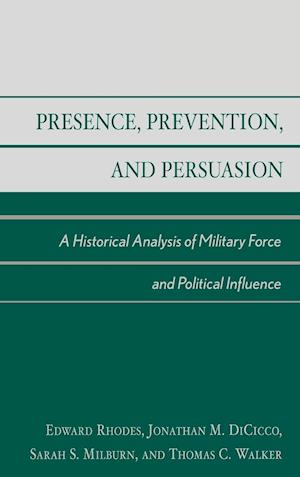 Can great powers ensure the political outcomes they want and prevent political developments they oppose, by stationing their military forces in distant regions during peacetime? If so, what kinds of military capabilities yield this sort of peacetime political leverage? And what kinds of political goals can-and, just as importantly, cannot-be achieved through "forward military presence?" In the post-9/11 world, as the United States seeks to use its unrivalled global military predominance to build a safer, better world by preventing terrorism and encouraging societies around the world to embrace democracy, these questions take on enormous importance. Presence, Prevention, and Persuasion addresses these issues by looking at British, French, and American experiences in the Middle East, South America, the Caribbean basin, and Africa over the last two centuries. The authors' findings will have a significant impact on scholarship but, more importantly, on American decision-making communities. An essential volume for anyone working in the field of international relations whether it is policy making, diplomacy, military planning or the private sector.