- Sartre and Contemporary Philosophy of Mind 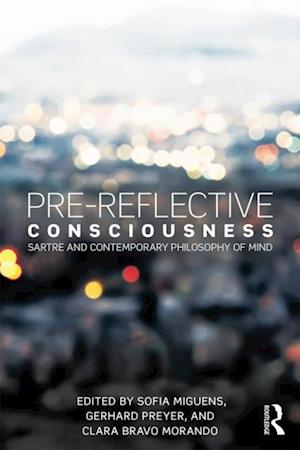 Pre-reflective Consciousness: Sartre and Contemporary Philosophy of Mind delves into the relationship between the current analytical debates on consciousness and the debates that took place within continental philosophy in the twentieth century and in particular around the time of Sartre and within his seminal works. Examining the return of the problem of subjectivity in philosophy of mind and the idea that phenomenal consciousness could not be reduced to functional or cognitive properties, this volume includes twenty-two unique contributions from leading scholars in the field. Asking questions such as:Why we should think that self-consciousness is non-reflective?Is subjectivity first-personal? Does consciousness necessitate self-awareness?Do we need pre-reflective self-consciousness?Are ego-disorders in psychosis a dysfunction of pre-reflective self-awareness?How does the Cartesian duality between body and mind fit into Sartre's conceptions of consciousness?