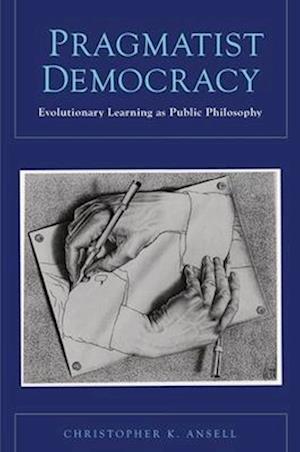 Barack Obama is often lauded as a 'pragmatist,' yet when most people employ the term, they mean it in the vaguest sense: that he's practical and willing to compromise to get things done. However, the public philosophy of pragmatism, which has been the subject of a rich revival in the past couple of decades, is far more than this. First developed in the late nineteenth century, pragmatism is primarily a way of thinking-an anti-dualist philosophy that attempts toovercome the dichotomies between self and object, nature and culture, mind and body, theory and practice, and fact and value. When applied to governance, pragmatists advocate the use of tactics like third party mediation and problem-solving to achieve anti-dualist principles: cosmopolitan localism,analytical holism, progressive conservatism, and processual structuralism. In Pragmatist Governance, Chris Ansell begins with a theory of the concept and then explains why the approach is ideal for addressing today's governance problems. For instance, while many think that bureaucracy's unchecked growth is the fundamental problem facing democracy today, pragmatism suggests the opposite: that public agencies can effectively manage the relationship between governance and democracy if they focus on building consent for public problem-solving. Ansell argues thatwishing away bureaucracy will not do given what we know about the indispensible role of institutions in contemporary governance. Utilizing pragmatist concepts, Ansell rethinks the design of institutions, arguing that they are neither the simple products of rational design that can be endlessly tinkered withnor 'congealed taste'-where institutions represent the timeless customs and values of a people. Along with overcoming this dualism, Ansell also challenges us to rethink our approach to governance. Instead of moving from one extreme to the other-from bureaucracy to 'post-bureaucracy' or 'public entrepreneurialism'-pragmatism would not merely seek to replace one (hierarchical bureaucracy) with the other (a 'flat,' entrepreneurial organization), but rather to hitch the two approaches togetherin an innovative amalgam where organizational leaders constantly interact with and learn from street-level bureaucrats. Pragmatist Governance concludes that if government is to regain public trust, the technical knowledge of experts must be brought together with sensitivity to local problems, situations, and knowledge. The answer lies not, however, in a diminished bureaucracy. That may only deepen distrust. Rather, the emphasis should be on taking the best of both sides to find innovative and effective ways to solve enduring public problems.

Forfattere
Bibliotekernes beskrivelse The philosophy of pragmatism advances an evolutionary, learning-oriented perspective that is problem-driven, reflexive, and deliberative.