Practising Diplomacy in the Mamluk Sultanate

- Gifts and Material Culture in the Medieval Islamic World 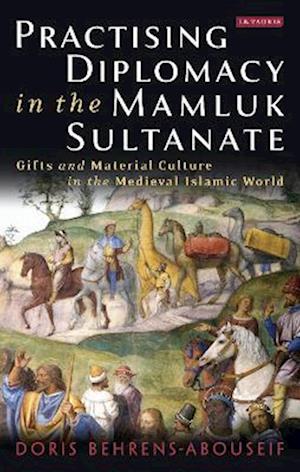 Elaborate and sensational gifts were the hallmark of Mamluk diplomacy. In firm control of the medieval spice trade as well as the holy sites of Christianity and Islam, the Sultanate's capital at Cairo became a diplomatic crossroads in the medieval world and the seat of a new Islamic caliphate. Already victorious over both the Crusaders and the Mongols, their military success and lavish religious patronage were not enough to ensure the dynasty's prestige: the Mamluk Sultans were often reminded of their slave origins, impugned by rivals as 'pagans' recruited to faith and service by purchase. In response, the sultans staged brilliant performances in Cairo and dispatched carefully designed diplomatic gifts all over the medieval world. These marvellous displays were the crowning ornament of Mamluk legitimacy, celebrated from Europe to the Far East. Drawing on extensive primary sources and fieldwork in museums across the world, Doris Behrens-Abouseif is the first to treat this important subject in depth and here reveals an unexplored aspect of Middle Eastern material culture.Composed of spectacular elements such as spices, exotic animals, Chinese porcelain, ceremonial textiles and military and equestrian objects - not to mention humans, either living or as severed heads - the regal offering varied in combination and emphasis according to the status and circumstances of giver and receiver, but always created a sensation. Acknowledging the established historical precedents of diplomacy and regal gift-giving, the author examines the nuance of cultural and political realities in period diplomacy as well as the transmission of encrypted messages, illuminating the subtle conveyance of self-representation and identity in medieval Cairo and the world beyond. With ground-breaking new research, this book - richly illustrated in colour - provides a comprehensive view of the art and politics of the Mamluk diplomatic gift, by which these sultans of humble origins created a magnificent image of themselves in the courts of their Muslim rivals and allies worldwide. It will prove essential reading for both students and scholars.