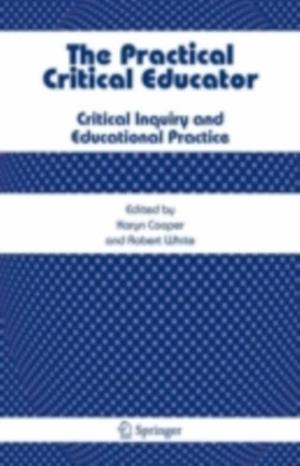 I am delighted to have the opportunity to write this foreword for Karyn Cooper's and Robert White's splendid and compelling edited text on The Practical Critical Educator. Critical practice in education is grounded in two bodies of thought and action: critical theory and critical pedagogy. Drawing on classical Marxism and its articulation of how oppression and injustice arose through capitalism's economic exploitation of labour, critical theories of society took a cultural turn in the writings of Adorno and Horkheimer, European Jewish refugees who fled to America, where they articulated how the power relations and oppressive forces of capitalism expressed themselves in the alienating symbolic forces of culture, music and art. When booming demographics and an economic surplus fuelled the student movement of the late 60s, and in to the 70s, in many Western nations, new forms of cultural Marxism were added to this body of critical theory, extending beside but also far beyond the classical Marxist preoccupations with economic equalities of social class. British writers, such as the articulate and elegant cultural Marxist Raymond Williams, revived and refined the 'lost' work of Italian Marxist, Antonio Gramsci from the 1920s, and his concern with the influence of what he called hegemony - the force through which ruling classes could maintain existing structures of domination by defining, through language, media and culture, what was normal, natural, true, beautiful and defensible, and what was eccentric, unreasonable, or unworthy of serious consideration.