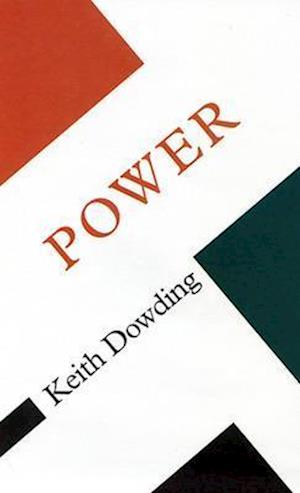 * What is the nature of power in society and how can we study it? * How do some lose and others benefit from the distribution of power?* Why do some groups always seem to be at an advantage in disputes?Power provides a refreshing introduction to the concept and study of political power that overcomes many of the old disputes over the nature and structure of power in society. Making the important distinction between power and luck, Dowding develops the concept of systematic luck and explains how some groups get what they want without trying, while the efforts of others bring little reward.The "who benefits?" test cannot reveal who has power, for many benefit through luck and some are systematically lucky. Using simple non-cooperative game theory, Dowding demonstrates that some groups are disadvantaged because of the way society is structured. The fact that one group lacks power does not necessarily mean another group is opposing them. In contrast, other groups may have power as well as luck.The analysis is not restricted to theoretical arguments, and the relevant concepts are used to illustrate and explain the debates on power at both the national and local level. For example, Dowding illustrates how luck and power can be marshalled to underpin arguments about the "growth machine" and "regime politics". Clearly and accessibly expressed, the complete volume will be read by undergraduates and researchers alike to explain features of society that have been hotly debated for many years.