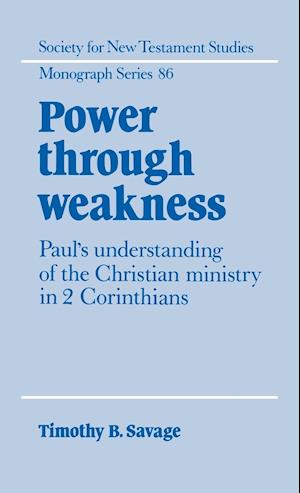 Dr Savage seeks to understand the apostle Paul's apparently contradictory description of his ministry in 2 Corinthians as one in which power is manifested through weakness: 'When I am weak, then I am strong!' This paradox becomes intelligible when it is understood that Paul's critics were influenced by a perspective which was the exact opposite of his: they imbibed the self-exalting outlook of their contemporary world, while he embraced the self-emptying gospel of Christ. Drawing from archaeological data on first-century Corinth, this study is unique in establishing both the secular underpinnings of Paul's paradoxical language and the devastating critique which that language offers on the general outlook of the first century. Paul emerges as a radical foil to the spirit of the age.