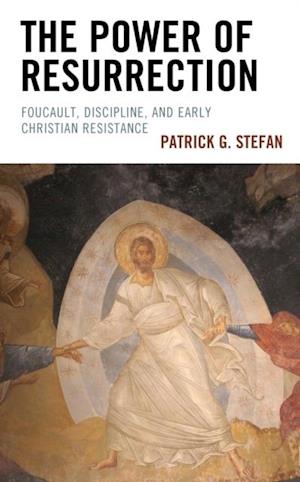 How did the early Christian movement grow so quickly, and did the idea of resurrection have anything to do with its growth? Patrick G. Stefan offers an answer to both of these questions by searching at the intersection of the investigation of Christian origins and Continental philosophy. He documents the rise of the disciplined subject with the emergence of Christianity and argues that the early success of the Christian movement was due, in part, to the activation and deployment of what Michel Foucault calls disciplinary mechanisms of power. This activation took place through the instantiation of the idea of resurrection in early Christian material and textual existence. The activation of these mechanisms created a sub-class of disciplined individuals with the ability to envision life outside of the sovereign power of Caesar.By building on Foucault's methodology of examining how material conditions shape and create individual subjects, this book takes as its point of departure Foucault's unexplored observation that ';[Christianity] proposed and spread new power relations throughout the ancient world.' From this departure point, Stefan seeks to demonstrate that these new power relations were connected to an idea (resurrection) and formed the early history of disciplinary power.