Power and Politeness in Action 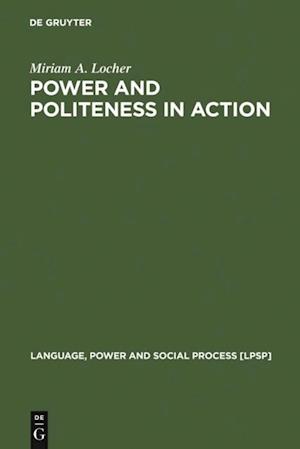 This study investigates the interface of power and politeness in the realization of disagreements in naturalistic language data. Power and politeness are important phenomena in face-to-face interaction. Disagreement is an arena in which these two key concepts are likely to be observed together: both disagreement and the exercise of power entail a conflict, and, at the same time, conflict will often be softened by the display of politeness (defined as marked relational work). The concept of power is of special interest to the field of linguistics in that language is one of the primary means to exercise power. Often correlated with status and regarded as an influential aspect of situated speech, the workings of the exercise of power, however, have rarely been formally articulated. This study provides a theoretical framework within which to analyze the observed instances of disagreement and their co-occurrence with the exercise of power and display of politeness. In this framework, a checklist of propositions that allow us to operationalize the concept of power and identify its exercise in naturalistic linguistic data is combined with a view of language as socially constructed. A qualitative approach is used to analyze the concepts of power and politeness. The material for analysis comes from three different contexts: (1) a sociable argument in an informal, supportive and interactive family setting, (2) a business meeting among colleagues within a research institution, and (3) examples from public discourse collected during the US Election 2000.