Power and Feminist Agency in Capitalism

- Toward a New Theory of the Political Subject 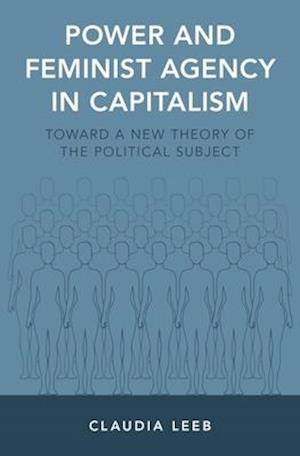 How do we become political subjects? Put another way, how do we become actors who have the power to instigate political change? These are questions that have long vexed political theorists, particularly feminist and critical race scholars who think about how to achieve real political transformation. According to postmodern scholars, subjects are defined only through their relationship to institutions and social norms. But if we are only political people insofar as we are subjects of existing power relations, there is little hope of political transformation. To instigate change, we need to draw on collective power, but appealing to a particular type of subject, whether "working class," "black," or "women," will always be exclusionary. This issue is a particular problem for feministscholars, who are frequently criticized for assuming that they can make broad claims for all women, while failing to acknowledge their own exclusive and powerful position (mostly white, Western, and bourgeois). Recent work in political and feminist thought has suggested that we can get around these paradoxesby wishing away the idea of political subjects entirely or else thinking of political identities as constantly shifting. In this book, Claudia Leeb argues that these are both failed ideas. She instead suggests a novel idea of a subject "in outline". As such, we are coherent political subjects, but we are always open, or in outline. It is this openness that both underscores the exclusionary character of political subjectivity and allows us to counter it. Leeb also argues that power structuresthat create political subjects are never all-powerful. While she rejects the idea of political autonomy, she shows that there is always a moment in which subjects can contest the power relations that define them. Over the course of the book Leeb grounds this concept of the subject in outline in work byAdorno, Lacan, and Marx - the very theorists who are often seen as denying the agency of the subject. Specifically, she takes a critical look at the way that Judith Butler treats the political subjectivity of women and the ways in which Marx and Adorno treat the liberation of working class women.

Forfattere
Bibliotekernes beskrivelse Power and Feminist Agency in Capitalism develops the idea of the political subject-in-outline to find solutions to the dilemmas inherent in the idea of the political subject, and provide answers to the when, who, how and what of socio-political change.PRIZES:Winner of 2018 Austrian Scientists in North America (ASCINA) Junior Faculty Award.