indgår i serie Issues in Canada 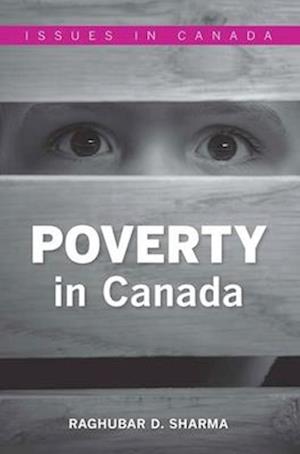 Poverty in Canada is on the rise, particularly among certain groups. While in developing countries poverty may affect much of the population, in a more developed country such as Canada it is largely restricted to specific groups. Such groups are often excluded from full participation in our social and economic institutions. There are many factors behind this lack of wealth and opportunity; addressing the phenomenon of poverty can be a complicated matter.Government demographer and lecturer Raghubar Sharma provides the first concise discussion of the specific groups that are affected by poverty, including the elderly, ethnic poverty, child poverty, and the "working poor." Chapters focus on these groups and explore the circumstances behind their exclusion. Sharma also looks into a larger trend behind the rise of poverty: a massive economic transformation akin to the Industrial Revolution of the early 1700s has been underway since the 1980s. Thisphenomenon of "globalization" is eliminating labour-intensive jobs and polarizing the job market into high-skill, high-paying jobs on one hand and low-skill, low-paying jobs on the other. In these circumstances, the less-qualified, the disadvantaged, and the discriminated are unable to find decentjobs, and hence are destined to a life of poverty. As the world becomes a global village, there is an urgent need to understand poverty in Canada. Sharma's book, one of the first to consider the wide range of factors behind poverty in Canada, will be accessible to students as well as general readers interested in the growing reality of wealth inequality.

Forfattere
Bibliotekernes beskrivelse With income inequality a growing concern among many observers, it is no surprise that we have witnessed large-scale protests against a system that seems to exclude some groups and over-reward others. A range of groups are excluded from wealth creation in Canada, and Sharma considers all of these in turn, from the elderly to the "working poor."