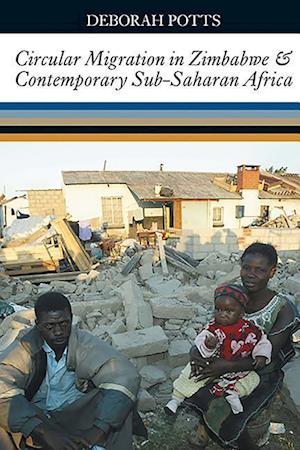 Circular migration, whereby rural migrants do not remain permanently in town, has particular significance in the academic literature on development and urbanization in Africa, often having negative connotations in southern Africanist studies due to its links with an iniquitous migrant labour system. Literature on other African regions often views circular migration more positively. This book reviews the current evidence about circular migration and urbanization in sub-Saharan Africa. The author challenges the dominant view that rural-urban migration continues unabated and shows that circular migration has continued and has adapted, with faster out-migration in the face of declining urban economic opportunities. The empirical core of the book illustrates these trends through a detailed examination of the case of Zimbabwe based on the author's longstanding research on Harare. The political and economic changes in Zimbabwe since the 1980s transformed Harare from one of the best African cities to live in over this period to one of the worst. Harare citizens' livelihoods exemplify, in microcosm, the central theme of the book: the re-invention of circulation and rural-urban links in response to economic change. Deborah Potts is a Senior Lecturer in the Geography Department of King's College London. She works in the broad research field of urbanization and migration in sub-Saharan Africa, particularly southern Africa and has conducted research on these themes in Harare in Zimbabwe since 1985. Southern Africa (South Africa, Botswana, Lesotho, Swaziland, Namibia) and Zimbabwe: University of Cape Town Press (PB)