- A Comprehensive Catalog of the Bronze Coinage of the Man-Faced Bull, with Essays on Origin and Identity 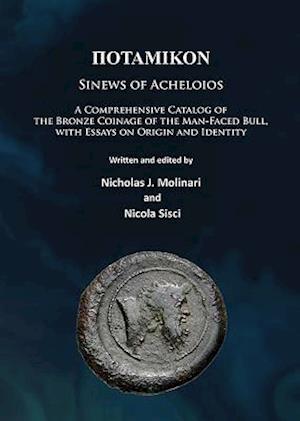 Potamikon attempts to solve a question that has perplexed scholars for hundreds of years: Who exactly is the man-faced bull featured so often on Greek coinage? It approaches this question by examining the origin of the iconography and traces its development throughout various Mediterranean cultures, finally arriving in Archaic and Classical Greece in the first millennium BC. Within the context of Greek coinage, the authors review all the past arguments for the identity of the man-faced bull before incorporating the two leading theories (Local River Gods vs. Acheloios) into a new theory of local embodiments of Acheloios, thereby preserving the sanctity of the local rivers while recognizing Acheloios as the original god of all water. The second part of the book exhibits many of these 'Sinews of Acheloios' as they appear throughout the Greek world on bronze coinage, in each case paying careful attention to the reasons a specific group adopted the iconography and shedding further light on the mythos of Acheloios.

Forfattere
Bibliotekernes beskrivelse This book, Potamikon, presents an investigation into the origin and identity of the man-faced bull, as well as a catalogue of coins. Illustrated throughout in black & white