Posthuman Suffering and the Technological Embrace 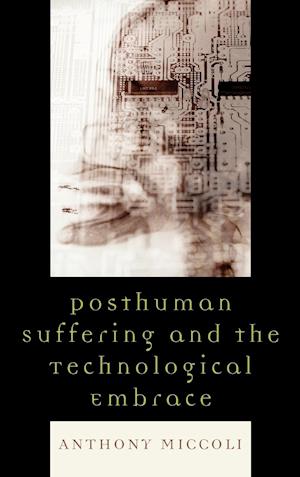 Posthumanism portrays technology as an "other" to be embraced, and consequently has lost sight of the basic realities of human/technological boundary. Technology becomes a superior model of information processing to which humans aspire. Posthuman Suffering contends that we do not embrace technology to expand and augment our selves, we embrace technology so that it may embrace us. Finally and most importantly, the posthuman view reconceptualizes the human being to be made more compatible with computerized systems or possible artificial intelligences. In the age of technology our own limitations are legitimized as unique to the human condition. Through those limitations, we can distinguish ourselves from our machines, making us superior to them via our own imperfection. Posthumanist discourse from scholars such as N. Katherine Hayles, Donna Haraway, and others, often fails to address the underlying meaning behind our technological aspirations, and actually perpetuates the belief that properly embracing technology allows us to overcome the very need to technology itself; if we possess the right apparatus to take in the world and the code which instantiates it, then the world will give us everything it has to offer. In so doing, we sacrifice the objective of experiencing the world for the object through which it should be experienced. By revealing the theoretical and historical foundations of posthumanism through the work of Elaine Scarry, Freud, Heidegger, and Lyotard; and tracing narrative representations of failed posthuman ontologies in Thomas Pynchon's The Crying of Lot 49, Don DeLillo's White Noise and Steven Spielberg's film, AI: Artificial Intelligence, Posthuman Suffering and the Technological Embrace re-frames the core assumptions of posthumanism in terms of psychological trauma and the physicality of the human/technological interface itself.