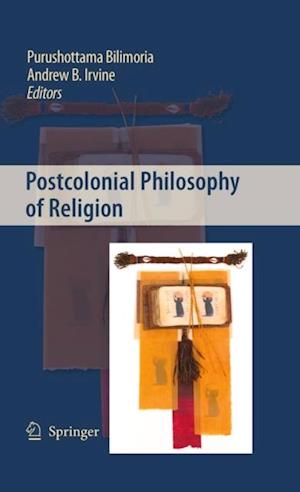 The present collection of writings on postcolonial philosophy of religion takes its origins from a Philosophy of Religion session during the 1996 Annual Meeting of the American Academy of Religion held in New Orleans. Three presentations, by Purushottama Bilimoria, Andrew B. Irvine, and Bhibuti Yadav, were to be offered at the session, with Thomas Dean presiding and Kenneth Surin responding. (Yadav, unfortunately could not be present because of illness. ) This was the ?rst AAR session ever to examine issues in the study of religion under the rubric of the postcolonial turn in academia. Interest at the session was intense. For instance, Richard King, then at work on the manuscriptof the landmark Orientalism and Religion, was present; so, too, was Paul J. Grif?ths, whose s- sequent work on interreligious engagement has been so noteworthy. In response to numerous audience appeals, revised versions of the presentations eventually were published, as a 'Dedicated Symposium on 'Subalternity',' in volume 39 no. 1 (2000) of Sophia, the international journal for philosophy of religion, metaphysical theology and ethics. Since that time, the importance of the nexus of religion and the postcolonial has become increasingly patent not only to philosophers of religion but to students of religion across the range of disciplines and methodologies. The increased inter- tionalization of the program of the American Academy of Religion, especially in more recent years, is a signi?cant outgrowth of this transformation in conscio- ness among students of religion.