- Transformations in Central and Eastern Europe 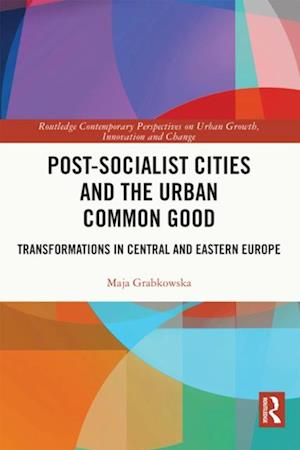 This book explores the changing approaches to urban common good in Central and Eastern Europe after 1989. The question of common good is fundamental to urban living; however, understanding of the term varies depending on local contexts and conditions, particularly complex in countries with experience of communism.In cities east of the former Iron Curtain, the once ideologically imposed principle of common good became gradually devalued throughout the 20th century due to the lack of citizen agency, only to reappear as a response to the ills of neoliberal capitalism around the 2010s. The book reveals how the idea of urban common good has been reconstructed and practiced in European cities after socialism. It documents the paradigm shift from city as a communal infrastructure to city as a commodity, which lately has been challenged by the approach to city as a commons. These transformations have been traced and analysed within several urban themes: housing, public transport, green infrastructure, public space, urban regeneration, and spatial justice. A special focus is on the changes in the public discourse in Poland and the perspectives of key urban stakeholders in three case-study cities of GdaA sk, Krakw, and A dA . The findings point to the need for drawing from best practices of the socialist legacy, with its celebration of the common. At the same time, they call for learning from the mistakes of the recent past, in which the opportunity for citizen empowerment has been unseized. The book is intended for researchers, academics, and postgraduates, as well as practitioners and anyone interested in rediscovering the inherent potential of urban commonality. It will appeal to those working in human geography, spatial planning, and other areas of urban studies.