- Peacebuilding and Democracy in Africa 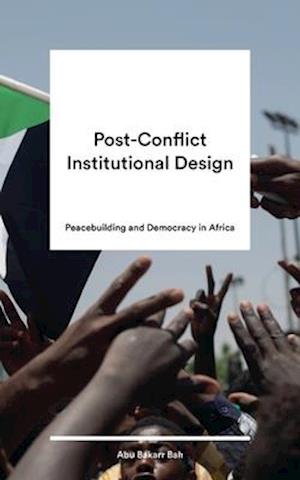 Since gaining independence from colonial rule, most African countries have been struggling to build democratic and peaceful states. While African multiparty politics may be viewed as a democratic system of governance, in reality it is plagued by ethnic and regional political grievances that undermine meaningful democracy.By examining post-conflict institutional reforms in several African countries, this book sheds light on the common causes of violent conflicts and how institutional design can affect the conditions for peace and democracy in Africa. Focussing on conceptual and practical questions of designing ethnically and regionally inclusive state institutions and the way institutions are perceived by the citizenry Post-Conflict Institutional Design addresses political autonomy and control over resources, issues which are often key sources of ethnic and regional grievances. Crucially, it examines the meanings of institutional reforms as well ethnic and regional representation.

Forfattere
Bibliotekernes beskrivelse Examines the redesign of state institutions in post-war African countries arguing for a more consociational approach to peacebuilding and democracy.