indgår i serie Report of the WIDER World Economy Group 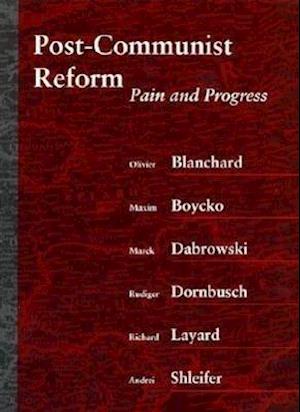 In their earlier report, Reform in Eastern Europe, the WIDER group assessed the main building blocks of a successful transition in Eastern Europe: stabilization, price liberalization, privatization, and restructuring. For the last three years this group of leading economists has been heavily involved in the reform process. In this new report, they take stock, returning to the original themes and assessing progress and prospects, particularly in Russia.Stabilization in the major Central European countries was done very much by the book. Russia, in contrast, is following a path of restructuring without stabilization. The authors discuss how far this alternative strategy is likely to get. Turning to privatization, they note that initial plans started from the assumption that the state owned the assets. As slow progress of those plans has painfully shown, this was the wrong assumption. They point out that assets have in fact many de facto claimants, from managers to workers to local authorities to ministries, and discuss how the current Russian privatization program starts and builds up from this more realistic assessment.In the face of a collapse of trade in Eastern Europe, triggered by reform in Central Europe and a similar collapse between republics following the breakup of the Soviet Union, the authors show how simple measures such as a payments union can be used to increase trade and output.Post-Communist Reform concludes with a look at restructuring in Poland. The authors focus on the behavior of the state, the growth of the private sector, the role of financial systems, and the coherence of overall government policy, ending on a note of cautious optimism.

Forfattere
Bibliotekernes beskrivelse In this new report, they take stock, returning to the original themes and assessing progress and prospects, particularly in Russia. 15