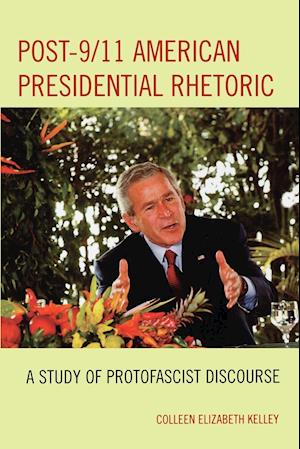 Post-9/11 American Presidential Rhetoric examines the communication offensive orchestrated by George W. Bush and the members of his administration between the initial terrorism crisis of September 11, 2001, and the March 20, 2003, invasion of Iraq. Colleen Elizabeth Kelley argues that the president relied on a set of particular strategies that coalesced into protofascist talk in order to discursively manage the post-9/11 situation and justify its 2003 war against Iraq. This book suggests a framework for analyzing emergent fascist public discourse and its potential for producing additional substantial antidemocratic speech and action. Kelley further reviews the role of the media in conveying President Bush's rhetorical doctrine to the American public. The rhetoric of democratic discourse is presented as a firewall to guarantee that such speech-based behaviors, which are endorsed by willing publics and developed within democracies, fail to thrive and do not destroy the very systems that enabled them in the first place. Post-9/11 American Presidential Rhetoric is a stimulating text that will strike up discussion among scholars of political communication and those interested in cultural studies.