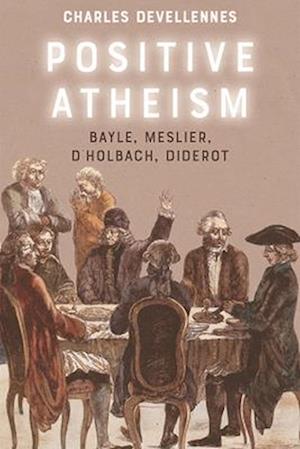 Charles Devellennes looks at the first four thinkers of the French Enlightenment to explicitly argue for atheism as a positive philosophy. He explores the religious, social and political thought of Pierre Bayle, Jean Meslier, Paul-Henri Thiry d'Holbach and Denis Diderot and in doing so adds new dimensions to our understanding of their contribution to the history of ideas.Atheism is seen to have evolved considerably over the century that spans the works of these four authors. Starting with the possibility of the virtuous atheist in the late seventeenth century, atheism metamorphoses to encompass a deeply rooted materialist philosophy with radical social and political consequences by the eve of the French revolution. The metamorphosis of atheism from a purely negative phenomenon to one that became self-aware is shown to have profound consequences for the establishment of an ethics without God, as well as for the rise of republicanism as a political philosophy. Culminating in the work of Diderot, atheism became increasingly critical of its own position, and by the late eighteenth century had already proposed to move past its positive formulation into a form of metatheism. Diderot, who sees atheism as both a critical tool to assess religious, social and political institutions and as an object of his own critique, foreshadows the rise of a post-Enlightenment conception of atheism.

Forfatter
Bibliotekernes beskrivelse Charles Devellennes looks at the the religious, social and political thought of the first four thinkers of the French Enlightenment: Pierre Bayle, Jean Meslier, Paul-Henri Thiry d'Holbach and Denis Diderot to explicitly argue for atheism as a positive philosophy.